Two Boko Haram suicide bombers have met their deaths in the hands of security operatives after they attacked a village in Borno state.

At least four people have died and eight others injured on Wednesday in Maiduguri after two terrorists attacked Muna Garage in the Borno State.

It was gathered that one of the terrorists detonated an improvised explosive device attached to his body, killing himself and some nearby civilians. At least eight others were wounded by the blast. 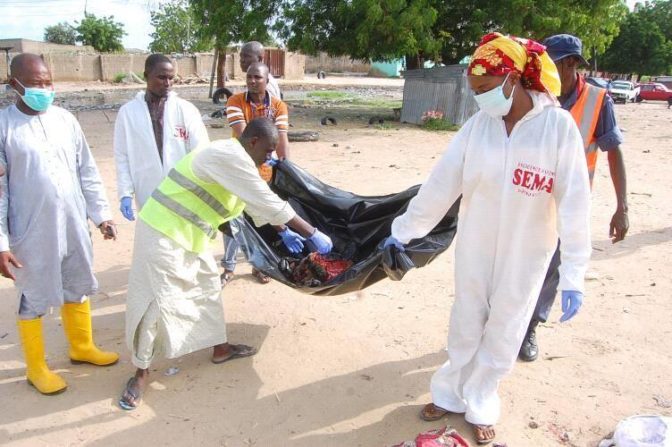 After the bombing, a second terrorist stole a soldier’s rifle before he was shot dead by an officer.

“As State Emergency Management Agency (SEMA) staff arrived at the scene to rescue the wounded civilians, another boy came shouting Allahu Akbar, grabbed a soldier and snatched his AK-47 rifle. “But luckily enough, he could not open fire. As he approached another officer, he was shot dead.” 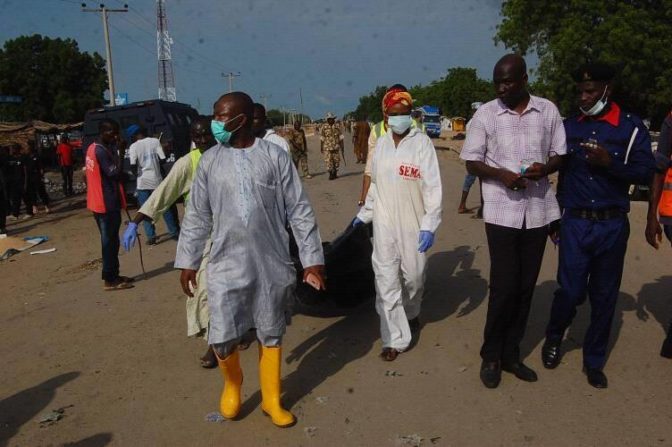 Mr. Kachalla added that a civilian was shot in the crossfire and has since been taken to the State Specialist Hospital by SEMA and Red Cross staff alongside other wounded victims.