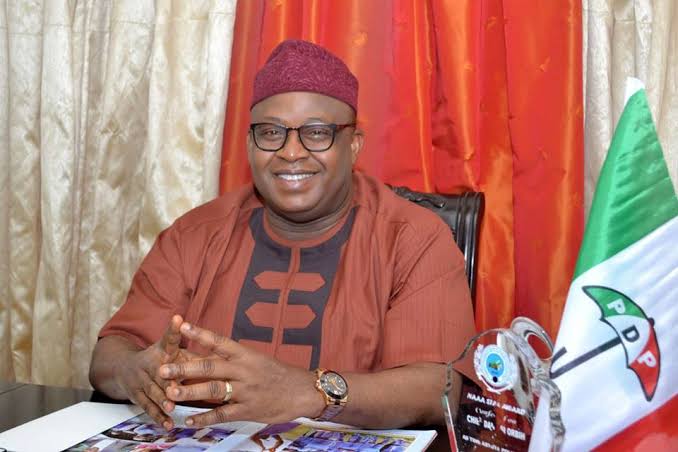 Orbih at the PDP campaign in Afuze Ward 1, Owan East Local Government Area, revealed two reasons Oshiomhole should not be trusted in the leadership of the state which he related to failure to fulfil promises and deception.

Dan Orbih had declared: “Adams Oshiomhole never fulfilled any of the promises he made to the good people of Afuze during his time in office as governor of the state.

“He brought a signpost with Tayo Akpata University inscribed on it, to Afuze, on the eve of his election and later went to build a university in his country home, Iyamho.

“He told us that the current gubernatorial candidate of the All Progressives Congress (APC), Pastor Osagie Ize-Iyamu is a thief and can never be trusted with public funds, now he is parading him up and down, campaigning for him.”

Orbih, therefore, advocated: “we all have to stop him; this election is about freedom for the people and will give Governor Obaseki free hand to work for us.

“Now, that you have agreed that our governor should carry on with his good work, let us come out and vote for him massively on the 19th of September.”

One of the PDP governorship aspirants, Kenneth Imasuangbon, also appealed to the people for massive support, adding that APC should forget Edo State which he said is a PDP state. He emphasized the need to end the regime of godfather in Edo State.

Imasuangbon declared: “Edo people are wholeheartedly for Obaseki and APC should forget this election. I can see the fortunes of Edo turning around.

Governor Obaseki acknowledged the support of the people in the constituency since his leadership in past three years and eight months. He assured them of the upgrading of the physical education institution in Afuze, promising to improve the roads in the constituency.

“The World Bank has awarded funds for the revamp of the Institute of Physical Education, Afuze.

Governor Obaseki stated: “I must complete the construction of Errah Road; I am more worried about how I will improve the livelihood of our people in Afuze, all the major roads here have been constructed while others are in our plans.

“This election is about freedom for our people and I urge you all to come out and vote PDP on September 19.”