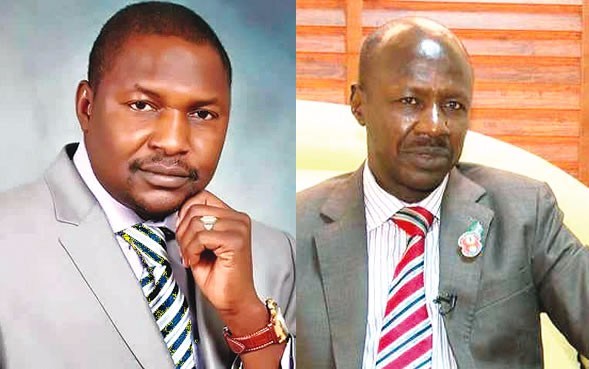 “Mr Malami cannot be indulged or treated differently from Magu. To do so would send a disastrous signal.”

Those are parts of the warning international communities are sending to President Muhammadu Buhari and his secret investigative panel shielding AGF Abubakar Malami whose corruption allegations are reverberating across the world.

In a letter addressed to President Buhari on Tuesday, CornerHouse, Re: Common,  and Global Witness, three international anti-corruption NGOs, more or less accused Buhari of favouritism as they expressed their disappointment in the administration they used to defend.

“We have long defended your anti-corruption campaign against malign charges that it is targeted against political opponents and that friends of your administration are protected,” the group wrote.

“Were Attorney-General Malami to remain uninvestigated, we fear that the ground would be cut from beneath our feet. What is sauce for the goose must be sauce for the gander.”

Malami orchestrated the probe of the suspended chairman of the EFCC, Ibrahim Magu, largely because of alleged insubordination, as the commission operates under justice ministry.

But the investigation, led by retired Justice Ayo Salami, has exposed the underbelly of the justice minister, especially as media reports by Sahara Reporters keep unearthing Malami’s unexplained wealth, including 27 landed properties worth billions of naira in Abuja, Kebbi, Kano, and Sokoto.

The Salami panel, however, has turned a blind eye to the corruption allegations against Magu’s chief petitioner.

The retired justice and his panel are already being discredited in Nigeria—just as Buhari is losing his edge as a corruption fighter in circles where he was once respected.

The three international NGOs have offered Nigeria, especially the EFCC under Magu, a big hand in recovering loot scattered abroad by politically exposed persons in the country.

The Salami panel, secretly inaugurated inside Aso rock few weeks ago, has however undone the effort of the 13-year-old commission and its international collaborators.

It has practically emasculated the anti-graft agency as it recommended suspension of Magu, all his directors, and many more.

They regret their efforts have been hijacked by Malami and others in Buhari’s government.

The NGOs however consider the efforts in helping Nigeria done in the public interest, not in search of financial reward.

“We hope that this record has earned us some measure of respect and that you will indulge us if we are frank.”