Former US Ambassador to Nigeria, Walter Carrington passes on at 90 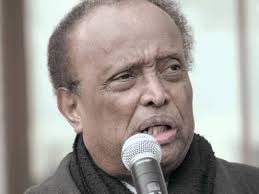 Former United States Ambassador to Nigeria, Walter Carrington has died at the age of 90.

His ties to Nigeria were deep; he had married into a Nigerian family and had lived in three Nigerian cities since the late 1960s.

Carrington graduated from the Harvard Law School (AB 1952; JD 1955). Upon graduation from Harvard, he enlisted in the US Army, where one of his assignments was as an enlisted man with the Judge Advocate General Corps (Germany, 1955–57).

Upon separation from the military, he entered a private law practice in Boston, Massachusetts; during that time, he also served as Commissioner of the Massachusetts Commission Against Discrimination, the youngest person to serve until date.

He held various positions in the Peace Corps from 1961 to 1971, serving as Country Director in Sierra Leone, Senegal, and Tunisia and then as Regional Director for Africa (1969–71). From 1971 to 1980, he was Executive Vice President of the African-American Institute.

Carrington served as the US Ambassador to the Republic of Senegal from 1980 to 1981. In 1981, he was named Director of the Department of International Affairs of Howard University. He published several articles on Africa. He served as US Ambassador to Nigeria from 1993 to 1997. On 1 September 2004, Carrington was named the Warburg Professor of International Relations at Simmons College in Boston.

In 1991, Carrington published Africa in the Minds and Deeds of Black American Leaders (with Edwin Dorn). In 2010, he published A Duty to Speak: Refusing to Remain Silent in a Time of Tyranny, a compilation of his speeches supporting democracy and human rights in Nigeria during the Abacha military dictatorship.

Meanwhile, in a tribute on Wednesday, President Muhammadu Buhari in a statement signed by his Senior Special Assistant on Media and Publicity, Mallam Garba Shehu, described Carrington a “longtime friend of Nigeria and an astute and courageous diplomat.”

Buhari said the story of the Nigerian democracy under the Fourth Republic will not be complete without a mention of the heroic roles of the likes of Ambassador Carrington.