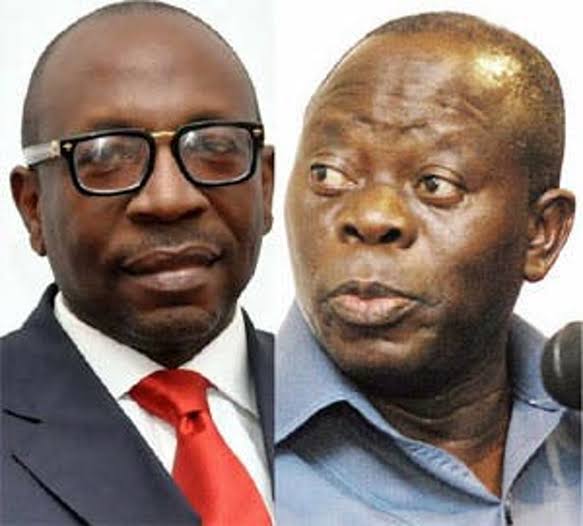 The All Progressives Congress (APC), ousted APC national chairman, Adams Oshiomhole, may have been gripped by fresh fears as the running mate of Pastor Ize-Iyamu, APC governorship candidate in Edo State in the September election, Gani Audu, is struggling with a case of certificate forgery. National Daily gathered that the certificate forgery scandal emanated from the detection of discrepancies in the documents Audu submitted to the Independent National Electoral Commission (INEC). The discrepancies were said to be detected in the academic qualifications and documents the deputy governorship candidate submitted to INEC.

Apparently, the Action Democratic Party (ADP) is already at the Federal High Court, Abuja, asking the court to disqualify the APC deputy governorship candidate because of the detected discrepancies in his certificates.

It was gathered that the ADP is demanding that the court declares the certificates submitted by Audu as forged, thus declaring him unfit to stand for the September 19 governorship election in Edo.

It was highlighted that Gani Audu had sworn to an affidavit he presented to INEC indicating his name as Audu Abudu Ganiyu, but there were conflicting names on the other documents he submitted.

A legal practitioner, Blessed Omonuwa, identified to have looked into the documents was said to have remarked that, “While his name on the affidavit is Audu Abudu Ganiyu, in his voter’s card, his name is Audu Abdul Ganiyu;” adding: “in his APC membership card, his name appears as Gani Audu; the WASSCE/GCE certificate submitted bears Audu Ahudu Ganeyu.”

President Muhammadu Buhari had warned APC to avoid mistakes of Bayelsa, Zamfara and others.