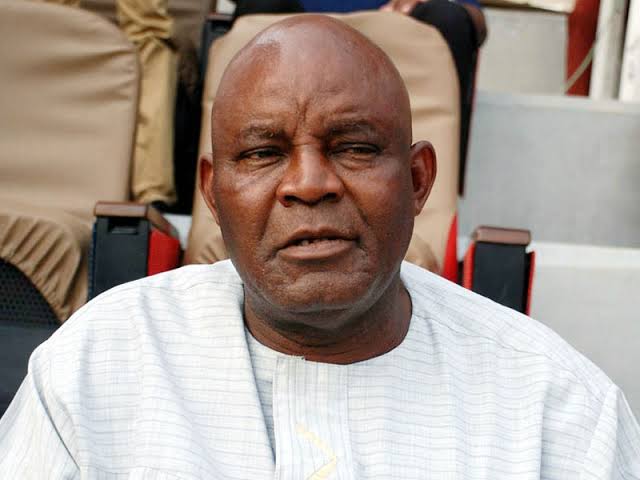 Former SuperEagle’s player and coach has said he doesn’t believe in African Juju in football. He said this in a no-holds-barred live radio program on Brila FM.

“They told me a striker won’t score against the Super Eagles because he has been tied by juju. But the game ended with the same guy scoring. Now the manager asked me why we didn’t prevent him from scoring. I wondered why we should focus on marking someone who was already tied” he said.

Christian Chukwu said he doesn’t believe in Juju or voodoo in football.  In the recent live chat with former Super Eagles defender, Ifeanyi Udeze, he also spoke on the fruitless missions that have seen many goats buried at the center circle of the National Stadium with the aim of spiritually securing the environment for the Super Eagles.

He also dropped another bomb during the live show, “If I tell you how many goats that have been buried at the center of the National Stadium. You will be shocked”.

And even while some caller from Ghana was trying persuade his unbelief for Juju. Chukwu said if Juju was working then Africans would have won the World Cup.

Christian Chukwu Okoro (born 4 January 1951) is a Nigerian football former player and former national team coach. A defender in his playing days, he captained the Nigeria national team to its first win in the African Nations Cup.

As a player, he became the captain of Enugu Rangers football club and the Nigeria national team in the late 1970s. He was the first Nigerian captain to lift the African Nations Cup trophy after a 3–0 victory over Algeria in the final of the 1980 tournament.

Chukwu started his coaching career in Lebanon in the mid-1990s, before being appointed coach of the Kenya national team in 1998. Later, from 2003 to 2005, he coached Nigeria, leading them to reach semifinals at the 2004 African Cup of Nations. During the 2006 World Cup qualification phase, Chukwu was blamed for inept coaching and management of the Nigerian national football team, and two matches before the qualifying campaign was over, he was suspended.

In two matches – home and away – against eventual group winners Angola, Nigeria failed to win either one of those two encounters. This was blamed on Chukwu and those two crucial failures eventually led to Nigeria failing to qualify for the World Cup, after having appeared at all World Cup finals tournaments since their debut in 1994.

Chukwu coached Enugu Rangers to 6th place in the 2008–2009 edition of the Nigeria Premier League. However, he was sacked on 5 August 2009 for failing to reach the club’s targets for the season.