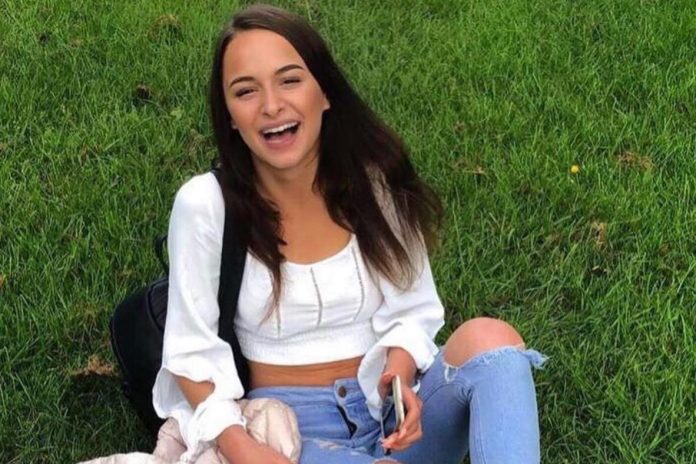 Keeley Bunker, 20, waved the world goodbye in September, 2019 after she was sadly raped and murdered by her “trusted” friend Wesley Streete, also 20.

Bunker had told her pal that she would be “safe” with her friend Wesley walking her to her home in Tamworth, Staffordshire, at 4am, but little did she know that that was her last walk.

Interestingly, a man has been finally found guilty of brutally raping and murdering Keeley Bunker after he was “trusted” to walk his childhood pal home safe following her 20th birthday celebration.

Jurors saw through lies told by Wesley Streete, who changed his story at least four times after he was arrested, initially telling Miss Bunker’s family and police they parted ways, and later claiming to in court he accidentally killed her when he wrapped his forearm around her neck as they had sex in a park.

The 20-year-old killer, who towered over his slightly-built victim, admitted dumping her body in a brook and covering her with branches at Wigginton Park in Tamworth, Staffordshire, in the early hours of September 19 last year, but claimed he did so in a “panic”.

He returned to the site a number of times in the following hours to put more branches on Miss Bunker’s partially-naked body, and a dog walker reported seeing a shadowy figure run off.

The victim, who was just 4ft 11ins and weighed six-and-a-half stone, had scratch marks on her neck, shown to be self-inflicted from samples of skin recovered from underneath her own fingernails, and most likely inflicted as she tried to prise herself from Streete’s grip.

The jury took just over eight hours to convict the former Ocado warehouse packer after prosecutors said during the three-week trial that Streete “forced himself on her sexually” and strangled Miss Bunker to death with his arm.

Streete was also found guilty of two other counts of rape, three counts of sexual assault and a charge of sexual activity with a child, against three other victims, said to have happened in previous years.

He had met up with Miss Bunker after she and a friend had watched rapper Aitch perform at Birmingham’s O2 Institute earlier that night.

The trio went clubbing at Snobs in Birmingham city centre before taking a taxi back to Tamworth. Footage released by police after the verdicts were returned on Wednesday show Miss Bunker and Streete laughing, smiling and dancing at the club.

Miss Bunker’s friend, Monique Riggon, offered her a bed at her home for the night, but Keeley declined, Stafford Crown Court heard.