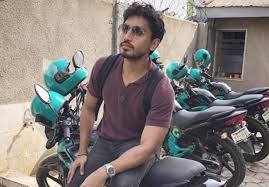 Police authorities in lower Manhattan are grappling with one of the most bizarre killings in the US in 2020, and the victim was a global techpreneur Fahim Saleh, founder and CEO of ride-hailing company Gokada.

Saleh’s body was hacked into pieces with an electric saw left plugged as at the time police arrived the scene—his $2.25m home at 265 East Houston  in Lower East Side–on Tuesday.

The assailants also attempted to clean up evidence before Saleh’s sister, who discovered the gory incident, came. She came because she was worried his brother hadn’t called in about a day.

Detectives believed the arrival of Saleh’s sister at the condo might have interrupted the killing and prompted the killer to flee through another exit, one of the law enforcement officials said.

A surveillance camera captured a video of Saleh in the building’s elevator with another person who was wearing a black suit and black mask.

The footage showed a tailgated Saleh eventually grappling with the masked guy after they came out of the elevator.