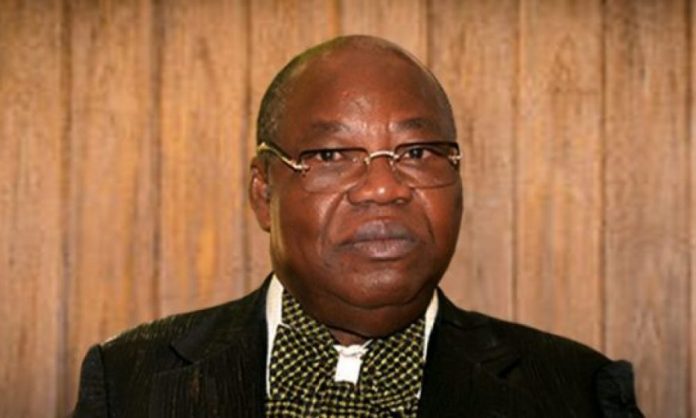 Former Nigeria’s Petroleum Minister, Dan Etete is set to lose his luxury private jet over his alleged involvement in the $1.1 billion Malabu oil scam as the jet was alleged to have been purchased with proceeds from that oil deal.

The seizure was confirmed to finance uncovered by the legal counsel to Nigeria, Babatunde Olabode Johnson, who was appointed by the Nigerian government in 2016 to recover assets from the OPL 245 deal.

Johnson said that the order was served on the jet’s owner, a company called Tibit Ltd, which has until Tuesday next week (June 9) to file court papers opposing the seizure. Tibit is an anonymously owned company incorporated in the British Virgin Island.

The asset recovery lawyers acting on behalf of the Nigerian government swooped last week, after the Bombardier 6000 jet, tail number M-MYNA, touched down at Montreal Trudeau International Airport in Canada on Friday May 29.

A Quebec judge is understood to have granted a seizure order for the aircraft in the early hours of Saturday morning.

Giuseppina Russa, who was named on the Montreal court order, is Tibit’s sole director according to records of the British Virgin Island firm.

It was uncovered that Johnson had made a deal with an American litigation funder, Drumcliffe Partners, to help fund the recovery of OPL 245 assets. They are to receive 5% of any funds successfully recovered and returned to Nigeria.

Dan Etete is alleged to have paid a total of $57 million for the jet in 2011, which was part of the spending spree that the former petroleum minister was alleged to have embarked on after allegedly receiving $336 million from the OPL 245 deal.

Etete, during his days as the petroleum minister, awarded the prospecting rights to the huge OPL 245 block to Malabu Oil and Gas, a company he secretly controlled. After the death of the then head of state, Sani Abacha, he retained the rights to the oil block as a private citizen until he offloaded them to oil giants, Shell and Eni in 2011, who both paid $1.3 billion to the Nigerian government.

The entire OPL 245 deal is now subject to a corruption trial in an Italian court, where Etete is an accused, together with alleged middlemen and some top executives from Shell and Eni. All parties in the Milan trial have denied the charges against them.