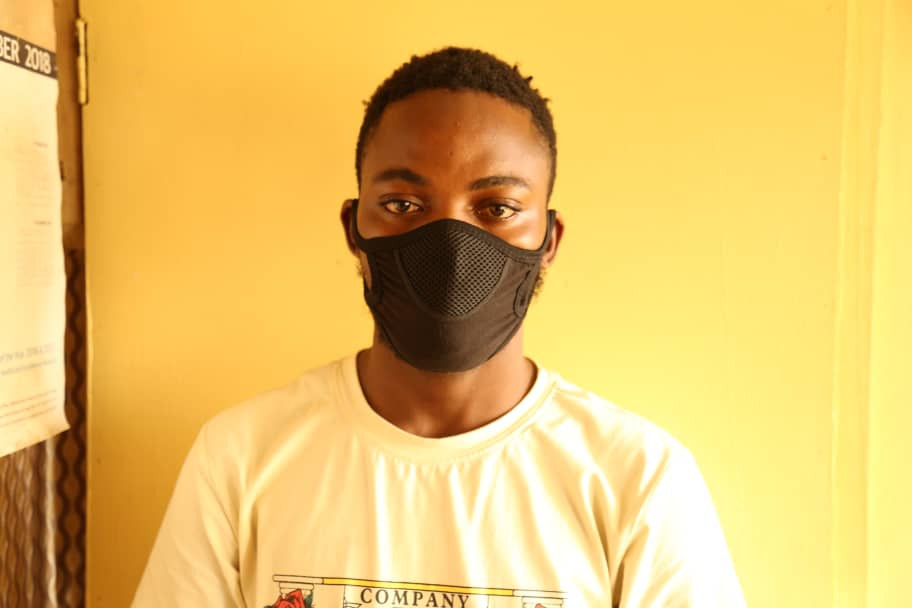 Babatunde who lives in Kajola Street, Shagamu, Ogun State, was seen  kissing his three years old step sister (name withheld) at their residence  at Shagamu on the 2nd of June 2020.

The Commissioner of Police Lagos  State, CP Hakeem Odumosu psc tasked detectives from the Gender Unit to analyse the video and apprehend the suspect..

The Commissioner of    Police expressed his gratitude to Nigerians

who helped in bringing the incident to the notice of the Police and urged everyone to continue to speak out against sexual and gender based violence. “Together we can stop rape, stop child abuse and crime against our women and children.”

Babtunde has been handed over to the State Criminal Investigation Department, Yaba for diligent prosecution in Court.