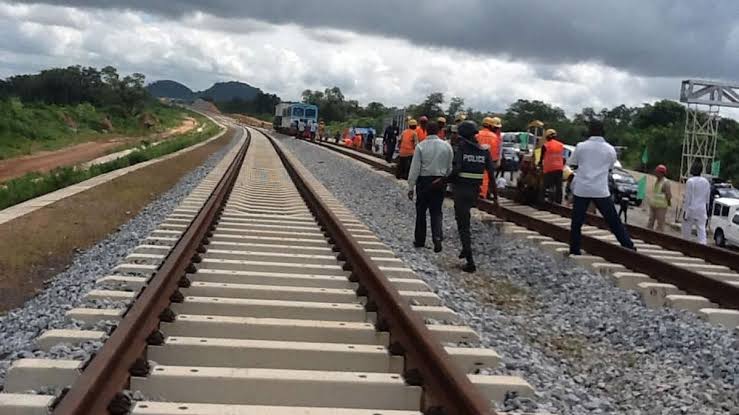 The Nigerian Ports Authority (NPA) has said that the China Civil Engineering Company has started working on linking the Apapa and Tin Can Island Ports to the rail system in order to ensure smooth cargo evacuation.

But, of all the six seaports, only the Lagos Port complex, Apapa is connected by rail for cargo evacuation to the hinterland while others have no rail connection.

The Managing Director, NPA, Hadiza Bala-Usman said that apart from the rail connectivity, the agency is ready to launch its electronic call up system linking Lilypond and other trailer parks around the environ three months time.

Speaking recently on a television programme, Hadiza said “We recognise the utilisation of intermodal transport system in cargo evacuation and this is why the Minister of Transportation has been actively pursuing the rail project. And the contractor is working on linking Apapa and Tin-Can Island Ports with rail connection, which would be completed before the end of this year for Nigeria to have efficient and seamless evacuation of cargoes,”

“We recently concluded the operational modalities for lilypond terminal to engage and deploy e-call up system linking the lilypond trailer park with other trailer parks within the environ.

“This call up system should come into operation within the next two or three months.”

Bala-Usman said the government was deploying multiple approaches towards easing the traffic congestion along the Apapa-Tin Can Island port axis.

She emphasized the need for a multimodal transport system, saying that no port can function well if 90 per cent of its cargo is moved by road.

She stated, “We must assiduously recognize the need for intermodal transportation system and that is why the minister of transport has been actively pursuing the rail project.

“Right now, the China Civil Engineering Company is working on linking the Tin Can Island and Apapa ports to its rail connection.

“That should be completed before the end of this year so that we can have a seamless port evacuation by rail.”

In addition, the NPA recently signed a Memorandum of Understanding with the AP Moeller Capital, a private firm that is working on moving cargo through the inland waterways, the MD said.