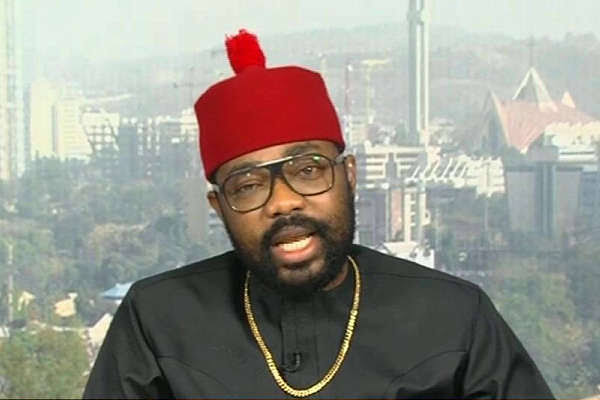 An FCT High Court on Thursday failed plot of the Nigerian House of Representatives, allegedly instigated  by the Speaker, Rt. Hon. Femi Gbajabiamila, to deploy the Police and the Department of Security Service (DSS) to arrest the Spokesperson of the opposition coalition, CUPP, Ikenga Imo Ugochinyere, over allegation of $10 million bribe from Bill Gate for the speedy passage of the Infectious Disease Control Bill. It was narrated that in less than 24 hours after the passing a resolution directing the Inspector General of Police and the Director General of the DSS to arrest the opposition Spokesperson, the FCT High Court in a preliminary judgement restricted the Police IG and DSS from effect the arrest, invitation  or detaining in any manner, the opposition Spokesperson.

The court in the judgement on the suit number FCT/HC/BW/CV/120/2020, ordered the security agencies not to enforce the resolution of the House of Representatives because of the House disobedience of the orders of Taiwo O. Taiwo of the Federal High Court in suit No FHC/ABJ/CS/475/2020.

The House of Representatives had passed a resolution following the adoption of the report of its adhoc Committee directing the Inspector General of Police and the Director General of the DSS to arrest, detain, investigate and prosecute the CUPP spokesperson.

The CUPP Spokesperson, Ikenga Imo Ugochinyere, commended the judgement of the court being bold to give the order in clear terms despite the identity of the Respondents in the Motion. He described the judgement as yet another milestone victory for democracy and rule of law, right to free speech and a deadly blow to tyranny. Ikenga Imo argued that it is very unfortunate that the House of Representatives which had always been the bastion of democracy had been reduced to a shadow of itself under the leadership of Speaker Femi Gbajabiamila who had dragged the image of the House into the mud in his attempt to use the shield of the House to cover his dirty past.

The Court cautioned parties to the Suit not to take any further steps in defiance of the court order as any such order shall be void. The Court adjourned to June 17, 2020 for definite hearing.