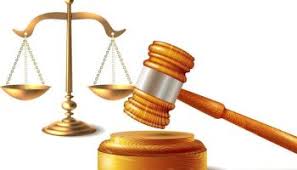 The Nigeria Police on Wednesday arraigned 36 flouters of the stay-at-home order of the Lagos State Government before a Chief Magistrates Court in Yaba.

The government charged Emeka John, Kingsley Jacob, Chukwuma Okwubaba  Luke Eboro and 32 others with being in a gathering of more than 20 people, in violation of the social distancing directive.

He alleged that the defendants gathered themselves in the above-mentioned address, contrary to the social distancing directives.

Chief Magistrate Peter Ojo, sentenced the defendants who pleaded guilty to one month of community service.

He directed that before the commencement of the community service, they should be isolated for 14 days at the Infectious Disease Control Centre, Yaba, or any facility available in the state.