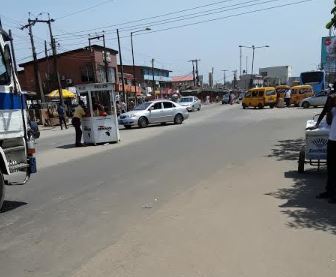 The shutdown of Lagos State by President Muhammadu Buhari was belated and reflected attempt to recycle the health crisis than proffering solutions. Before the broadcast of the President on Sunday evening, Governor Babajide Sanwo-Olu of Lagos State has already put control and preventive measures in which were already effective in the intervention activities of the state government. The governor had already enforced movement restriction order that had wide compliance from residents of the state. The governor had also strengthened isolation and treatment facilities and centres. More so, the Lagos State government was already providing palliatives for the vulnerable and very poor in the state in need of assistance. Invariably, President Buhari’s intervention was belated, ought not have been done earlier when there was urgent need to shut down the international airport and possibly close all land borders, decisions that are within the jurisdiction of the federal government.

The compliance with level with the stay at home order of Governor Sanwo-Olu was comprehensive, and near 100 per cent.

The roads were deserted, shops closed, except food sellers, without coercion.

The rising cases were not as result of ineffective control mechanisms of the state government but the refusal of the coronavirus carriers who recently arrived Nigeria from overseas to cooperate with the government, present themselves for test, isolation and treatment of positive.

President Buhari’s Sunday broadcast in which he issues order restricting movement in Lagos State, Ogun State and the Federal Capital Territory (FCT) for two weeks, created unnecessary panic in Lagos. People trooped out in millions on Monday for hasty shopping and purchase of food stuff as though war is breaking on Tuesday or the world may be ending at midnight. The mass movement on Monday was uncontrolled by any government agency. The virus may have even infested new victims unawares. 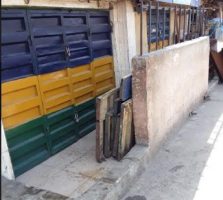 Though, the federal government had disbursed N10 billion intervention fund to Lagos State government, Nigerians had expected further actions of the President to fortify the states where coronavirus infection is becoming endemic or practical palliatives for Nigerian citizens who have been ordered to stay at home for 14 days by the president as containment measure.

Meanwhile, Governor Sanwo-Olu on Monday explained that the restriction on movement order by the President was a tough decision but a necessary step in the battle for survival against the COVID-19 pandemic.

The Lagos State Governor stated that despite the rising number of cases in the state, there was no cause for alarm. It was obvious that Lagos State has been active in handling the coronavirus infection, isolating victims, treating them and getting them to recover from the infection.

“There is no need to panic. Even as the number of those infected is rising and our fear of community spreading is being confirmed by the cases that are being handled now, this is the time to be more focused on our responsibility in this battle. Let us continue to obey the simple rules prescribed by the experts,” Governor Sanwo-Olu said. 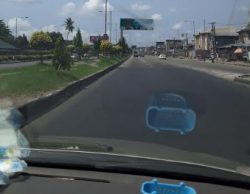 “I would also like to address the fears of those who have expressed some security concerns about your places of work and shops during this restriction. I have directed the police and other security agents to ensure that there are no security breaches. They will ensure that criminals do not take advantage of this important measure.”

The President may have acted out of context since Lagos State government has been taking firm and proactive actions. Lagos State is not in need of ideas or control mechanism but funds or resources to reinforce medical personnel in the state.

Governor Sanwo-Olu has enlisted over 400 CDAs and NGOs to assist the state government in distributing food to the needy during the period of mass quarantine of residents in the state.

Lagos State government has made food supply arrangements for households of six peoples, with quantities that can taker care of them for two weeks.

Apparently, Lagos is working but need more capacity to contain the spread of coronavirus across the state and beyond.

It would appear that neither President Buhari nor his speech writers had consultation with the Lagos State Governor before the Sunday national broadcast.

Lagos has since gone past total lockdown, not even pone without palliatives for citizens. The president nay have need to consider a review towards limiting the federal government intervention to providing more funds or health facilities to the state.