Xavi to Barca: 2 players he will first consider before signing Neymar 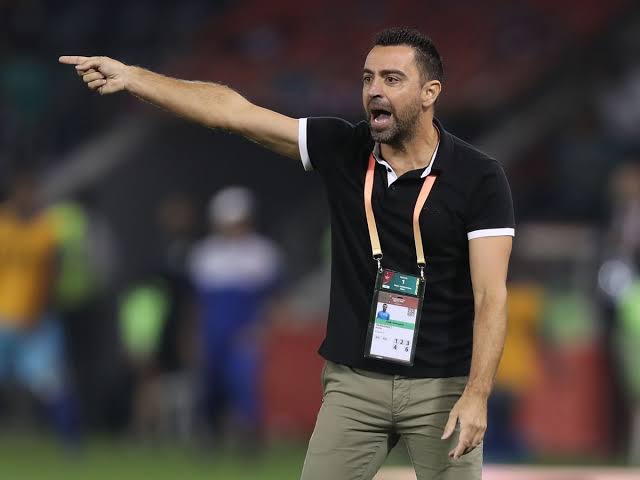 Current indications could serve as hope for all Barca fans as Barcelona legend Xavi has given his clearest interest yet as to his intentions to return to the Catalan giants, even naming Serge Gnabry and Jadon Sancho as two players he would like to bring to the club.

Since leaving in 2015, Xavi has earned his stripes coaching in Qatar, and was approached by the club earlier this season following the sacking of Ernesto Valverde.

He rejected it then, and although he says he doesn’t regret that, he does want an eventual return – but only if he is given full control.

“I am clear that I want to return to Barcelona, I am very excited,” Xavi said in an interview with the Spanish newspaper La Vanguardia, as relayed by  ​The Guardian . “Now that I have seen myself coaching I think I can bring things to the players. But I made it clear to them that I saw myself in a project that started from zero and in which the decision-making was mine.”

He went on, specifically discussing the decision not to return to the club back in January – saying that there would have to be no ‘toxicity’ in the dressing room for him to take over.

“I don’t take it back. I have no problem,” he went on. “I don’t hide. I would like to work together with people in whom I have confidence, with whom there is loyalty and who are very valid people. There can’t be anyone toxic around the dressing room.”

All that squares with reports from February which claimed Xavi rejected Barca’s advances after they failed to agree to his conditions – ​all eight of them.

The legendary midfielder, who won eight La Liga titles on the pitch, was said then to have wanted full control over all sporting matters, while also demanding the appointment of Carles Puyol as director of football, and a coaching role for his brother. Additionally, he wanted to take over in the summer, with Barca not budging on their ‘now or not-at-all’ stance.

But while an agreement couldn’t be reached then, Xavi’s words now suggest the door is far from closed. He went as far as to discuss his signing policy were he to be appointed, and while he admitted he would be unsure about bringing Neymar to the club, the other two names mentioned are likely to excite fans – the electric Sancho and Gnabry.

He added: “I don’t know if Neymar would fit in due to the social issue, but in football terms I have no doubts it would be a spectacular signing. They don’t need many new players: maybe Jadon Sancho [or] Serge Gnabry.”